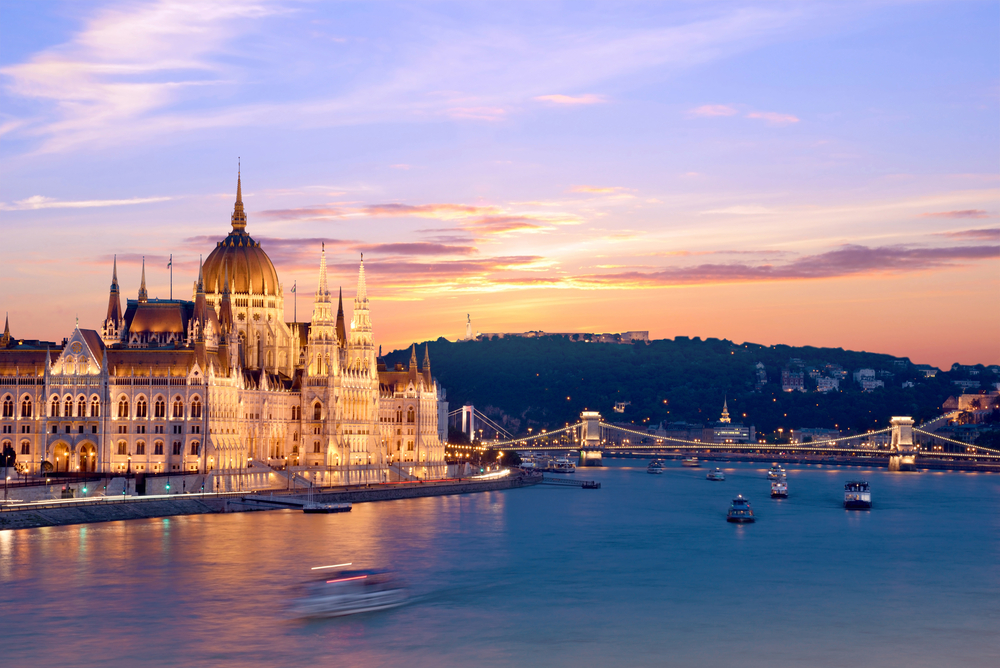 The Hungarian capital has the highest rate of return, report says.

Of the cities around the world that are most popular with high-net-worth Chinese real estate investors, Budapest offers the best returns, according to a joint report Wednesday from Hurun Research Institute and the Sweetome Group, a real estate management organization.

The Hungarian capital city topped the index — which analyzed prices in 130 cities — after logging price growth of 22.9% in the 12 months to June 30, the report said.

The report “highlights the property price changes in cities that Chinese high-net-worth families are most likely to invest,” Rupert Hoogewerf, chairman and chief researcher of Hurun Research Institute, said in the report.

The rest of the top 10 was dominated by secondary cities in China, led by Xi‘an—the capital of Shaanxi Province in the northwest of the country—and Dali, in China’s southwestern Yunnan province. The two recorded price growth of 19.3% and 18.4%, respectively. 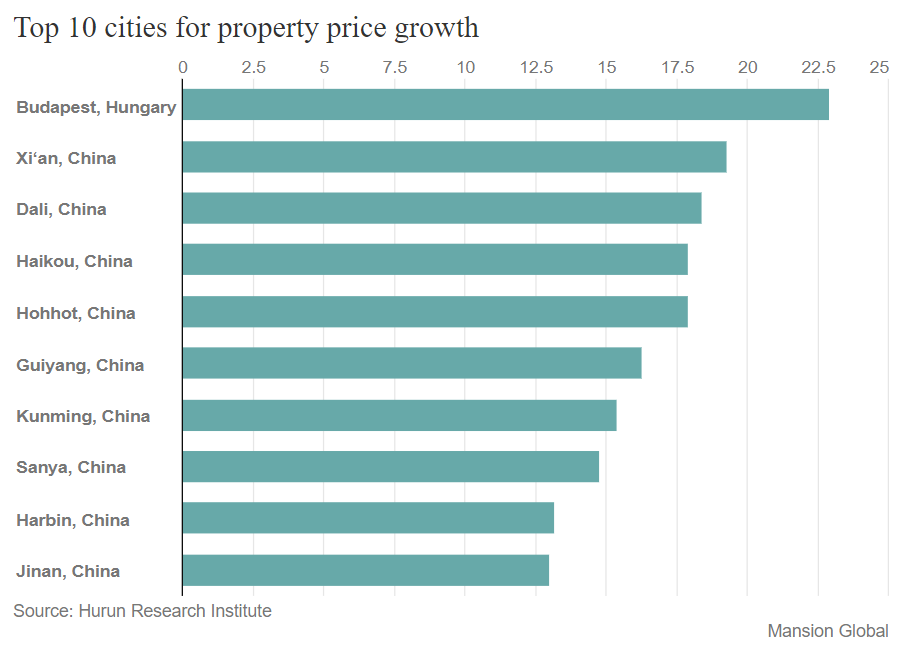 The top 50 cities for price growth were represented by 15 countries. China, which saw 28 cities make the ranking — an increase of 17 over the same period last year — was most prominent, the report said.

Germany was next with six cities, led by Berlin, which saw property prices rise 11.2% annually.

Of the three U.S. cities in the index, Atlanta logged the highest price growth at 8.2%. The U.S.’s representation has shrunk since last year, when 13 cities made the list, according to the report.

In the U.K., Liverpool, in northwest England, was the only city to make the list, with price rises of 7.9%.

A separate survey from Hurun Research Institute, found that real estate ranked as the most important investment for Chinese high-net-worth individuals in the future, with 42% of respondents believing that real estate prices will grow steadily in the next two years.

Housing was the top future investment choice for 25% of respondents and overseas investment ranked as the second, according to the report.