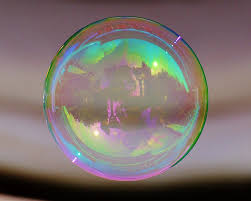 Participants of the Hungarian housing market have an unequivocal, careful optimism, but due to the newly increased activity of investors, a new group also appeared who are afraid of a formation of another housing bubble.

While it is still unclear if these concerns are actually legitimate, one thing is for sure: the long unseen high pace at which prices are increasing and the vast number of developments appearing on the market, reminiscent of the golden age, can’t really go unnoticed by anyone. At RICS’s monthly Tea & Talk, a monthly roundtable series, participants analysed the current tendencies on the housing market.

Facts behind the numbers

“It would be impossible and nonsensical to determine exactly how many homes are currently needed to be built in Hungary. It is very obvious, however, that state benefits and loan terms have a considerable influence on how demands are changing” – commented Mrs. Gábor Székely, department director of the Hungarian Central Statistical Office’s Housing Statistics Section. Of course, demographic tendencies are not to be ignored either, the last couple of years the market was set in motion by mainly the fragmentation of households. While many attribute a great importance to internal migration, and the number of people moving to the West region of the country is indeed significant, statistics show that 70-80% of moves happened in the same town or location.

Housing market analyses and analysts sometimes keenly refer to a rule called “40 000 golden rule”, which means that taking into account the approximately 4 million housing in Hungary, and which should be rebuilt every 100 years. This equals a result of 40 000 flats that, according to this particular theory, should be built every year. The participants at the roundtable, however, think that these numbers and calculations lack any kind of logic, and fail to include one very important factor, renovations. Renovations, that are reactive to state-based allowances, contribute in an equal manner to the renewal of the existing dwelling stock as constructions do.

“In the early phases of upswing, the more affordable housing in pricier areas started to become more expensive, and by 2015, there was an already global rise in prices, in each region and in each type of settlements. The biggest rise (22%) was measured in the capital, but a global increase was also present in rural areas, around 10%. From all the different types of real estate properties, flats on housing estates saw the biggest increase in prices (with a countrywide 21%, and 27% in Budapest). In Budapest’s most expensive, Lágymányosi housing estate, the prices of recently renovated flats on sale have risen to a previously unimaginable level, around 500 – 600 000 HUF per m2, while finalised sales also included several flats with a unit price above 500 000 HUF per m2” – explained Dávid Valkó, OTP Mortgage Bank Plc.’s leading analyst.

Developers have made themselves active

“Better prospects for the general population, an increase in the number of building permits, and the rise in real incomes each showed signs of an upswing on the housing market even before the state-based incentives” – added Raymund Petz, CEO of GKI Economic Research Co. The progress in the Hungarian housing market was also helped by the fact that the appeal of other investment types has significantly dropped.

Only in these few months of 2016 passed, the selling of 110 housing projects has been started in Budapest, and the trend is expected to continue. The tax reduction effective until the end of 2019 is expected to motivate many investors to start their investments earlier than planned. Ákos Kiss, Property Market Plc.’s housing sales director predicts a total number of 12 000 flats built by the end of the current year, and expects this number to be growing as high as 25 000 until 2019. Still, the record amounts reached in the heyday of the noughties will be far from broken.

Mr. Kiss also emphasised that it’s definitely worthy to choose a financially solid, trustworthy developer with a secure amount of expertise, as the quite heterogeneous collective of investors doesn’t exactly possess the necessary competences and experience.

The moderator, Gábor Tóth-Soóki MRICS, Otthon Centrum’s director of analyses elaborated on the company’s experiences about CSOK on the real estate market. Firstly, it is apparent that the state allowance mostly affects individual housing constructions, while also benefitting those who purchase a pre-owned property. On the other hand, the millions and millions of state grants in HUF can only influence the market of newly constructed housing if the recently initiated projects get completed.

“The boom on the market of newly constructed housing resulted in an interesting turn of events: the gap between the pricing in Buda and Pest has started to close. In Angyalföld, which is a long-time mass market, or in Ferencváros, there are more and more sale prices per m2 around 500-600 000 HUF, while Buda saw a much smaller space of rise in prices” – commented Dávid Valkó.

While many have a pessimistic approach by predicting the appearance of another housing bubble, the experts attending RICS’s event gave reassuring answers to two important questions: they agreed about the sustainability of the price rises, and also agreed about the market being able to absorb all the housing currently under construction later on.

International Property Measurement Standards’ residential edition is soon to be released, the extensive use of which could contribute to the transparency on the market, which is obviously in the interests of every single participant on the market itself” – added Anna Orcsik, RICS’s East-Central European representative.

What does the youth’s ideal home look like? A new era on the real estate market: will there be a boom?